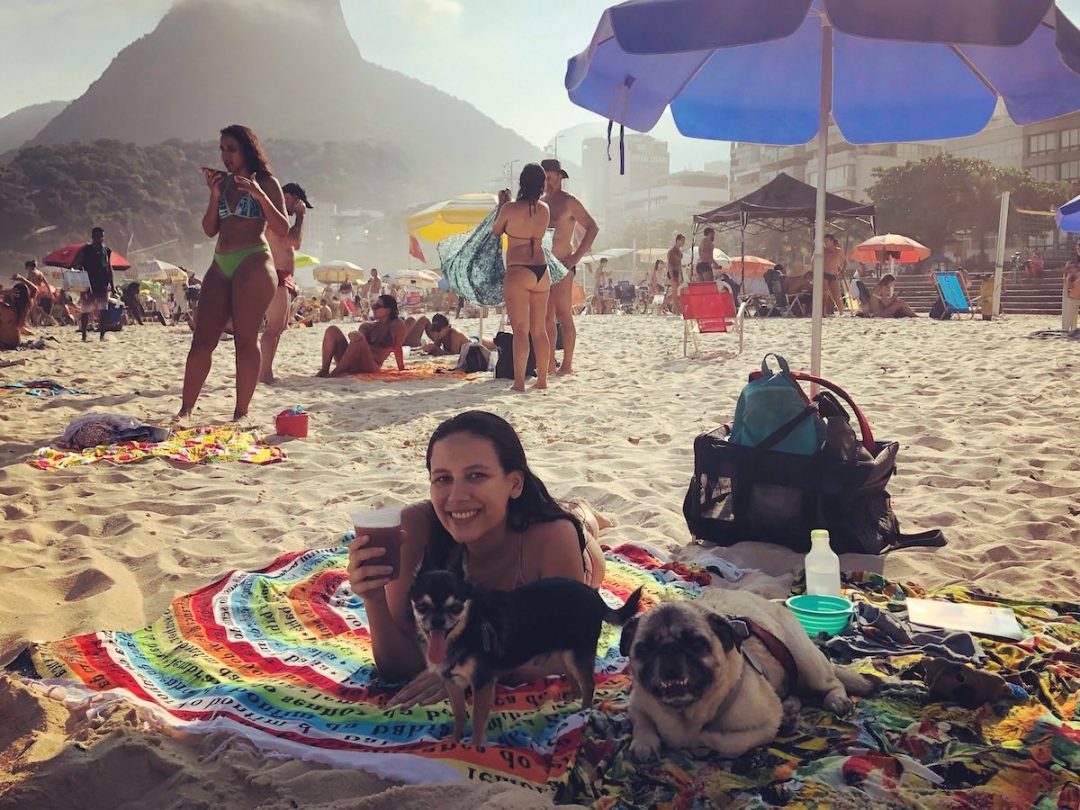 This is a guest post from Candy Pilar Godoy from Boogie the Pug.

Rio de Janeiro​ is known as the ​Cidade Maravilhosa​, the Marvelous City, for a reason. This metropolis is home to amazing beaches and the largest urban forest in the world. It’s an oasis for those who love sun, sand and samba.

There’s plenty for both humans and dogs to enjoy together. Here are the four best places to take your dog in ​Rio de Janeiro​.

Rio de Janeiro is known for its beautiful beaches, found along the southern rim of the city. The beach is part of daily life for many​ cariocas​ (locals), who do everything from hang out to eat to play sports and even shop.

Dogs aren’t technically allowed on the beach, but that doesn’t mean you won’t find them there. Plenty go to enjoy the water and to play in the sand.

In fact, there’s an online movement to get current laws changed and allow dogs to enjoy beaches all over Brazil. As far as Rio goes, it’s normal to see dogs frolicking in the surf and having a good time alongside their owners.

Our favorite spots include Leme, Ipanema near Arpoador, and Praia Vermelha. Rio doesn’t have many official dog parks, but the few it does have are definitely worth a visit.

Dog parks here are called ParCão, a play on the word ​parque,​ meaning “park” in Portuguese, and cão, meaning “dog.”

Our favorite ParCão is a large, fenced in park called ​Parcão da Lagoa​, that’s right next to the lake. There are benches for humans to rest on, lots of trees for shade, and plenty of pups to play with, especially on the weekend. It’s located right by the Lagoa side entrance of the General Osório metro station.

The park has two separate areas, and on some weekends an agility course is set up for active dogs looking for fun.

Other dog park locations include Leblon, Copacabana and Barra. The lagoon has 2.4 million square meters of surface area, with 7.5 kilometers in paved bike paths (that’s more than 4.5 miles). There are also food kiosks, a baseball field and aquatic sports available. It’s also connected to the Atlantic Ocean, allowing sea water to flow through a canal along the edge of the Jardim de Alah park.

It’s the perfect area to take a walk, go on a jog or do water activities, like rowing or kayaking with your dog. Its paths are full of pedestrians, dog walkers and cyclists, and there’s a great dog park (mentioned above).

The Lagoon is one of our favorite places to spend the day enjoying the outdoors, the water and the views of Rio. Stop by one of the many vendors selling drinks and snacks and grab a coconut. Many offer seating and a bowl of water for your canine companion.

Pro tip:​ Lagoa refers to both the lagoon and an upper, middle-class neighborhood that borders it. Be aware of this when asking for directions or looking at maps. 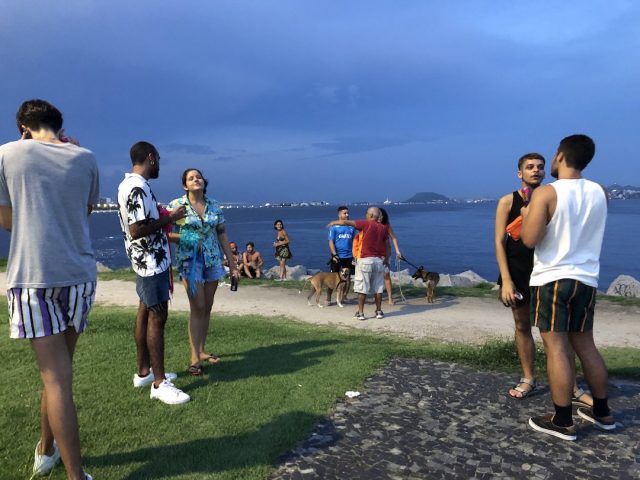 Evening at the Aterro

The Aterro, also known as the ​Aterro do Flamengo, is the largest public park in the city of Rio. It stretches from ​the Santos Dumont airport, located downtown, to the beaches of Botafogo, passing through the neighborhoods of Glória and Flamengo.

The park is incredibly eclectic, and both the architecture and scenery change as you pass through. ​It cradles the Guanabara Bay with fantastic views of Sugarloaf, and covers a total of 296 acres​.

There are beaches for bathing and sports in the Flamengo and Botafogo regions, as well as soccer, tennis, volleyball and basketball fields. Gardens designed by the legendary landscape designer and artist Roberto Burle Marx are featured, as well as a boat marina in Glória.

On Sundays from 7am to 6pm the aterro is closed to traffic, and pedestrians and canines are free to take over the roads. The space is used to run, bicycle, skateboard and exercise. It’s a great place to spend the day and enjoy time outdoors.

Candy Pilar Godoy writes about pet travel over at ​boogiethepug.com​. She’s also the founder of Dog Candy​, a whimsical dog brand inspired by her two pups. She lives between NYC and Rio de Janeiro with her dogs ​Boogie​ and ​Marcelo​, and her cat Kitty. 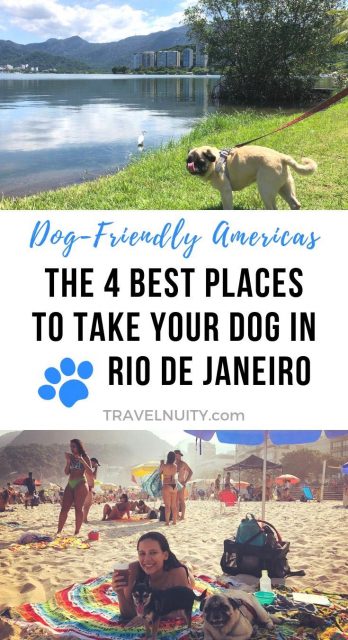