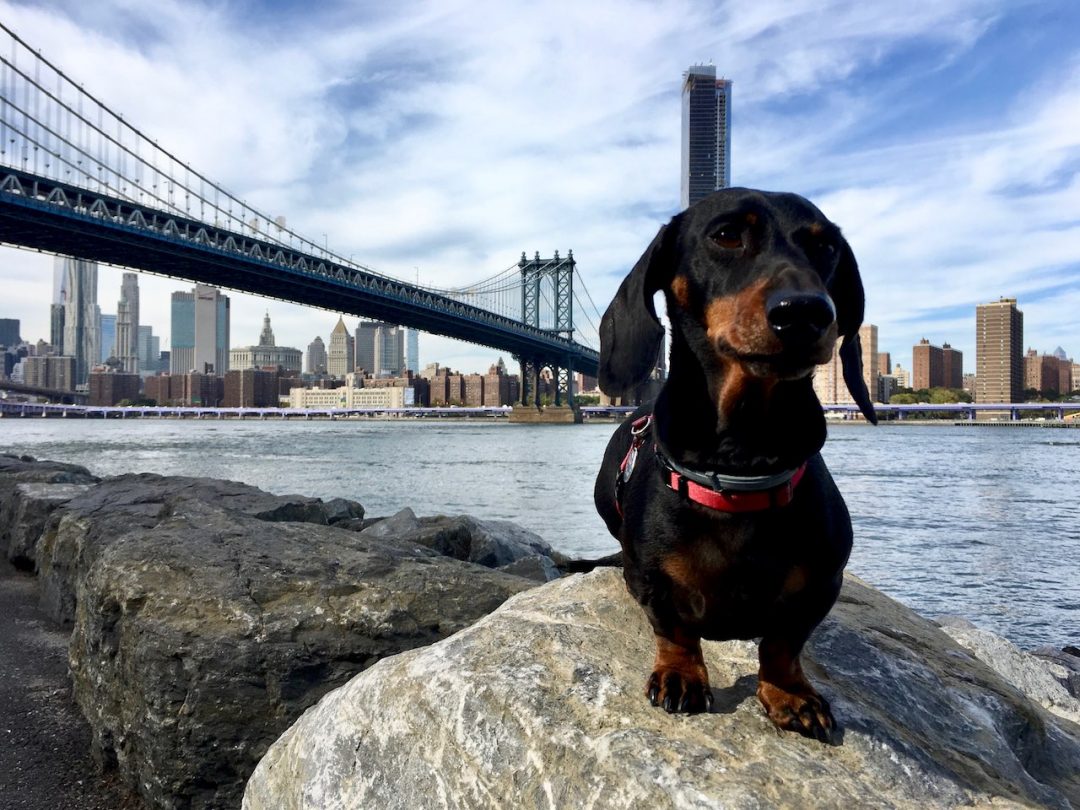 Note: As of 23rd September 2019, XL Airways has ceased operations.

When I started looking at one-way flights from Europe to the United States that were both affordable and allowed a dog in the cabin, it seemed like an impossible task. Many of the main airlines that are often recommended for flying dogs across the Atlantic, such as Lufthansa and Air France, charge a fortune for a one-way ticket, even more than a return. And many of the budget airlines on this route such as Norwegian, don’t allow pet dogs to fly this route. However, I finally discovered XL Airways, an airline that I had previously not heard of, who were both affordable and allowed dogs in the cabin! Read on to find out my experience flying XL Airways with a dog, between Paris and New York.

Who is XL Airways?

XL Airways is a French airline based out of Charles de Gaulle Airport, that flies to many international destinations, principally from CDG. Some of the destinations include New York (where we were headed), Reunion Island, Cancun and Tel Aviv.

They’re halfway between a full-service and a budget airline. One piece of check-in luggage is included, but in turn the weight limit for your carry-on is a tiny 5kg. A hot meal is included on the flight, but you also have the option to pay extra for more gourmet choices. Plus while water and coffee/tea during the meal service is included, all other drinks are additional.

We were happy with these options, as we’re used to budget airlines, so went ahead with booking our flight to New York. 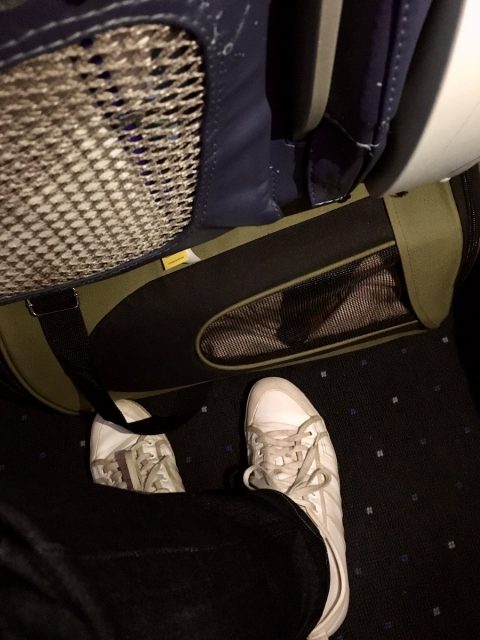 Flying with a pet in the cabin on board XL Airways

If you’re wanting to fly with a pet on XL Airways, there’s two options available to you. Smaller dogs and cats that weigh no more than 7kg including their carrier bag can travel in the cabin, under the seat in front of you. The maximum dimensions of the bag are restricted to 55 x 40 x 23 cm. A fee of $55 or €50 is charged.

Alternatively, larger animals can travel in the hold of the aircraft, as checked baggage. The usual requirements for crates/cages apply, plus you must sign a form agreeing to the conditions of travel. A fee of $77 or €70 is charged.

Note also that only dogs and cats are allowed to fly with XL Airways, not other species of animals, and they must be at least 3 months of age. As is common, Brachycephalic (snub-nosed) dogs and cats are not permitted in the hold, and both Category 1 (attack) and Category 2 (defence and guard) dogs as defined by French Law are not permitted at all.

Booking a Pet on XL Airways

To add a pet dog or cat to your booking, you’ll need to call the customer service centre. This was our first experience of the “budget” aspect of XL Airways. Both times we called up, we were on hold for over an hour. This was far longer than any other airline we had to call to book our dog’s flight.

As always, I recommend calling up the airline before booking your own tickets, to confirm that pets are definitely allowed on your flight (pets may not be allowed on some chartered aircraft) and that there is still availability (as the number of pets is usually limited). It was unfortunate that we had to deal with being on hold twice! But the actual booking process for our dog went smoothly once we got through.

We also had an issue booking directly on their website using our Australian credit card, but were able to get around this by booking our tickets through Expedia. I’m not sure of the reason for the transaction not going through.

Waiting to board our XL Airways flight at CDG

One frequent complaint about XL Airways is that flights are often delayed. This occurred to us, with an email notification received shortly before check-in opened. Strangely the display boards at the airport all kept on saying the flight was “On time”, but it was 45 minutes late departing, as we were originally informed.

At the check-in counter, our dog’s pet passport and health certificate (as requested when we booked) were checked. The key detail checked was his rabies vaccination expiry date. He was also weighed in his pet carrier bag, although no check was made of the actual dimensions.

It was a bit of a chaotic experience boarding the flight, although this was probably because the aircraft was far larger than on the recent flights we’d taken within Europe, seating about 400 passengers. A nice touch though was that the head flight attendant sat down and had a quick chat with us just after we boarded, after seeing we were travelling with a pet.

Unfortunately, not long after while we were waiting for boarding to finish, for the first time ever on a flight, our dog barked a number of times. Perhaps it was because we’d been hanging at the airport for quite a while (our flight was in the evening, quite a while after our hotel check-out time, plus we’d had the delay). Or perhaps our dog realised about now was his usual dinner time. (Naturally, we didn’t feed him just before a long flight. We also didn’t give him any water after taking him outside fo a final pet relief break.)

Despite the usual rule about leaving pets in their bag, for everyone’s sanity we gave him a cuddle outside his bag for a short period, and then put him back in his bag. He then settled down and was peaceful for the rest of the flight, probably sleeping for most of it in the darkened cabin.

Unfortunately our experience of the flight wasn’t as comfortable. The seats were some of the smallest we’ve flown in. On a quick 1 or 2 hour flight it wouldn’t have been a problem, but for an 8 hour flight between Paris and New York, including meal service and a bathroom break or two, it was quite squished. After the meal service I got up just to stretch my legs and body, cramped from sitting in the middle seat. It didn’t help that the flight seemed virtually full.

While nothing fancy, the affordable price makes XL Airways a great choice for flying between Paris and the USA with your dog, whether just flying one way like we were or on a return flight. Keep in mind the limitations and additional charges that may apply, as this isn’t quite a full-service airline. But in spite of the cramped seating, it was worthwhile putting up with for just 8 hours, for the huge price saving we made.

Additionally, it may be worthwhile considering paying extra for specific seats. This is something that we didn’t investigate, as many other airlines we’ve flown with don’t permit booking specific seats when you’re flying with a dog, but XL Airways don’t mention this in their pet policy. In particular, towards the rear of the aircraft are “duo seats”, where there are just two seats instead of three next to the window. You can also pay extra for exit row seats, but these are unlikely to be permitted if you’re travelling with a pet. I would recommend checking with the service centre staff when booking your pet. 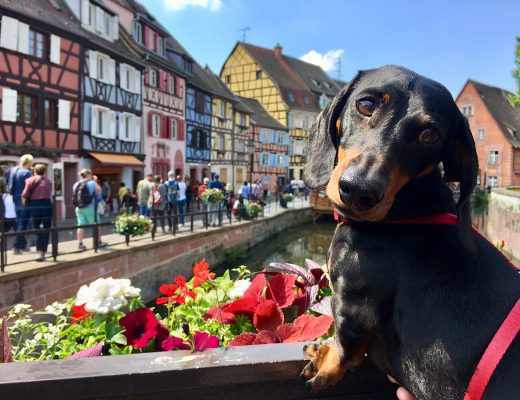 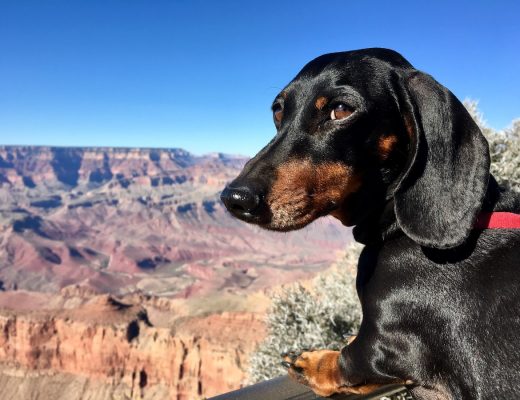 Travelling in the USA with a Dog: The Ultimate Guide 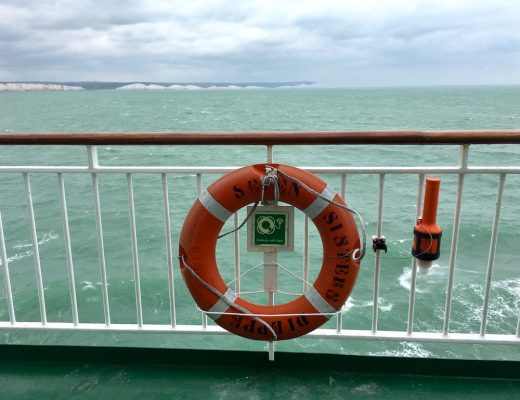 Review: DFDS Seaways Ferry from Dieppe to Newhaven with a Dog