What’s the Perfect Hawaiian Island for You? 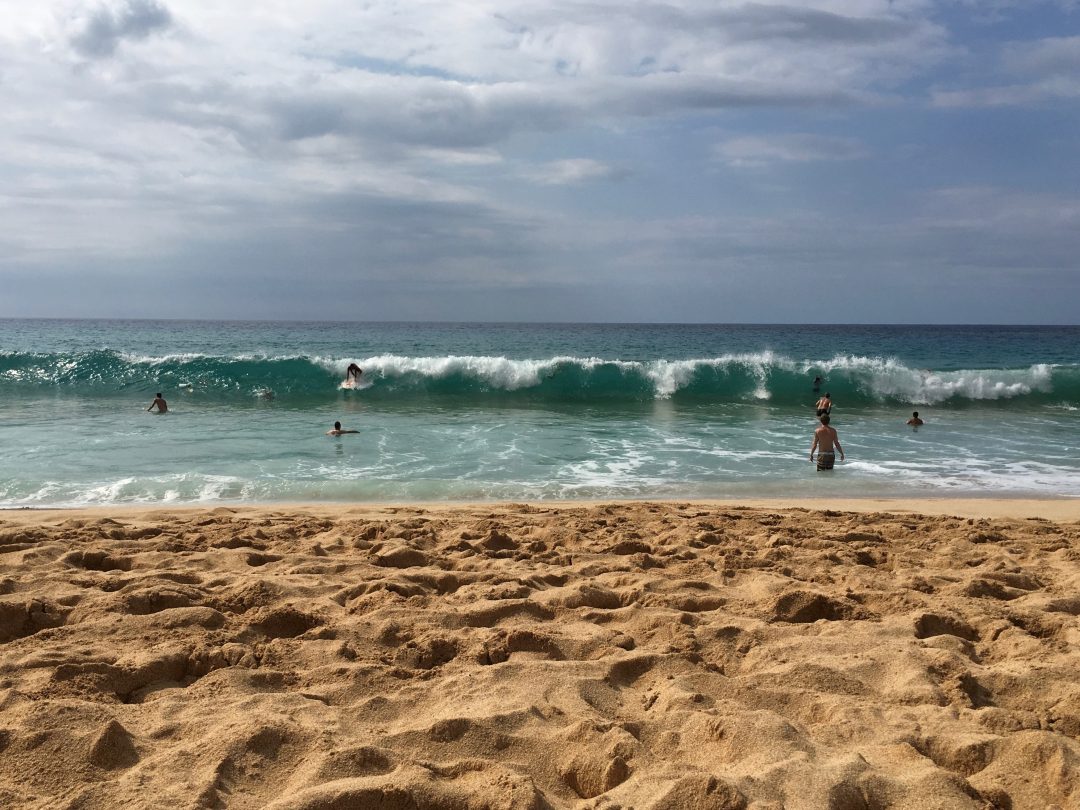 On my recent trip to Hawaii, I visited all four main islands in the group: Oahu (where the capital Honolulu is located), Maui, Hawaii (also known as the “Big Island”) and Kauai. (Although I didn’t get to the smaller islands of Molokai and Lanai.) It was great being able to see each of the main islands, with each having its own charms and attractions.

However, there is a downside to hopping between each island. For starters, there’s the time spent flying in between each Hawaiian island, including checking in and out of airports, plus the need to return and hire a new car each time. Not to mention those flights add up (at about $100 per flight), and unless you’re away for a long time, you don’t end up with much time to just relax and do nothing.

So, which Hawaiian island (or two) should you choose to visit? No matter which island you visit, you’ll have plenty of accommodation options, beautiful sandy beaches, great natural scenery from waterfalls to mountains, and even at least one local brewery on each island. Take into account these recommendations based on your preferences…

Note: Not all of these ideas are dog-friendly.

Kilauea Volcano in the distant

How often do you get to visit an active volcano, with the chance to see lava flows or least the smoke and fumes coming out of a lava lake? To walk through lava tubes underneath the surface of the ground, see steam coming out of vents and keep an eye on toxic gas levels, rather than just the prediction of rain? If this sounds like your idea of fun, then consider visiting the Big Island. Its the youngest and most active of the volcanic islands of Hawaii (having most recently emerged from the floor of the sea due to volcano eruptions) and is home to the active volcano of Kilauea.

It’s surprising how up close you can get, though there are certain roads and walking paths closed due to the current volcanic activity (mainly the presence of toxic gases). Don’t miss out on the Kilauea Iki Trail for a walk along the floor of this crater from 1959, or the exhibits at the Jaggar Museum. There’s also the opportunity on the same island to head up the older volcanic mountain of Mauna Kea, and take in the free star gazing program from this important astronomical observatory.

Cliffs along the Road to Hana

Unless you plan to laze around your resort all day or only head out on organised tours, it’s essential to have a car for any type of touring on all of the Hawaiian islands. Luckily, there’s plenty of scenic vistas along the way, best savoured while driving at the generally slow speed limits. But, there’s one road trip that stood out by far amongst all our driving: the Road to Hana.

The Road to Hana is located on the island of Maui, starting just near Paia (to the east of the main airport at Kahului) and ends at the small town of Hana, on the northwest tip of the island. While it’s only 45 miles one-way (or 72km), don’t expect to complete it in anywhere close to an hour. Along the way are countless one-lane bridges and sections of road, plus magnificent views of the cliffs, cascading waterfalls to stop at, little food stands and wild beaches. The recommended time on Google maps is 2 hours, but allow a full day to drive there and back with frequent stops along the way. It’s also worth heading on further to the pools at Oheo Gulch if you have time (or to complete the Pipiwai Trail hike if you leave extra early or are staying locally).

A central location to stay on Maui is Wailuku, at the charming Old Wailkuku Inn at Ulupono

Waterfall along the Road to Hana

For Families and Children: Oahu

The greatest number of attractions aimed at families and young children are found on Oahu. For starters, there’s the Wet’n’Wild Hawaii Water Park located in the south-west corner of the island, with more than 25 attractions. Nearby is also iTrampoline Hawaii and the Fun Factory amusement center. It’s not surprising that Disney chose this corner of the island for their Aulani Resort, which has lots of facilities and entertainment just for kids, although unfortunately doesn’t offer day passes.

Don’t also miss snorkelling at Hanauma Bay, 15 minutes away from Waikiki and best visited on an organised trip (or early in the day to beat the crowds and arriving to a full carpark sign). The waters here are gentle and shallow, so great for little ones to get a first taste of snorkelling, although an adult should always be within arms length at all times. Nearby is also the Honolulu Zoo and the Waikiki Aquarium. Or else head to Dole Plantation in the middle of the island for a fun train trip to look at the pineapple plantation or try your luck in the maze.

While each of the Hawaiian islands offers hikes of varying distance and difficulty, some of the best hikes are found on Kauai, the most laid-back and green of the Hawaiian islands. The most popular hike is the Kalalau Trail, located at the north of the island along the stunning Na Pali Coast. To complete the full 11- mile length of the trail takes about a full day for just one direction, and will require you to camp at one or both campsites along the way, plus have a permit. Alternatively, day trippers can hike as far as Hanakapai’ai Beach (4 miles return) or Hanakapai’ai Falls (8 miles return), or for just a small taste, head to the half mile marker, the first point with views along the coast. Just be warned, this trail is rough and muddy!

On the western side of the island at Koke’e State Park and Waimea Canyon, there’s a variety of trails of different lengths, with one of the most popular walks the Canyon Trail that follows the rim of Waimea Canyon, offering great views of both it and Poʻomau Canyons. To spend a few days hiking in the area, stay at the cabins at Koke’e. Alternatively, on the east coast of Kauai, behind Wailua, is the trailhead for the Nounou Trail. It’s a 2 mile climb to the top of Nounou, also known as “Sleeping Giant”, and offers incredible views and a sheltered picnic spot at the summit.

To view even more of Kauai, take a scenic flight with Wings Over Kauai

Sure, Honolulu has most of the big name shops, including the fifth largest shopping centre in the United States. But for more boutique shopping, Maui is the island to visit. Heading to the hippie village of Paia at the start of the Road to Hana for cute little clothing and swimwear boutiques, plus homewares and galleries. Just don’t spend too long shopping if you’re heading to Hana afterwards, or else return another day so that you’re not rushed. The majority of shops are located along the main street.

Alternatively, head to the western coastline of Maui to Lahaina. This gorgeous historic town is home to a huge number of art galleries, more per capita than anywhere else in the United States. You’ll find everything from landscape paintings to photography to contemporary sculptures to fine art prints. Every Friday night between 7pm and 10pm a special Art Night is held, with plenty of festivities. If it’s more clothes shopping that you’re after, then head to Whalers Village, just north of Lahaina, for both a beautiful beach and a variety of chain shops. 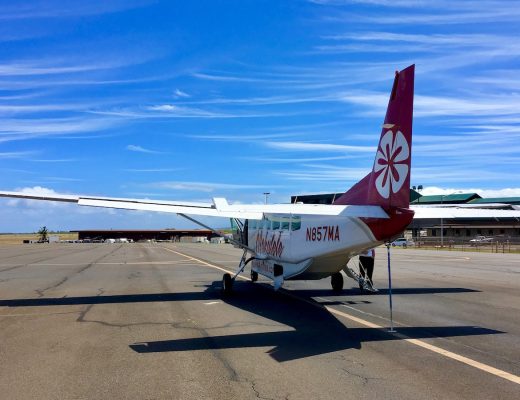 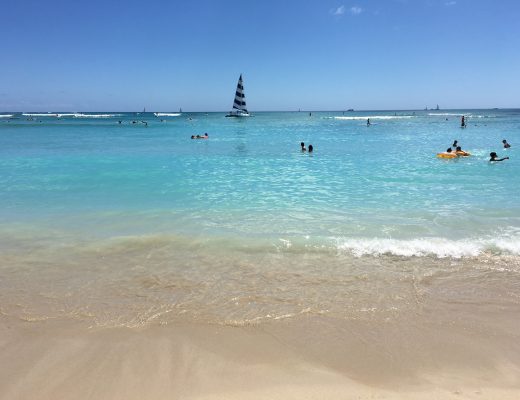