Is the Sydney BridgeClimb Worth It?

I’ve lived in Sydney for most of my life. But while I had crossed the iconic Sydney Harbour Bridge via virtually every means possible, ranging from walking across to taking a car or train to riding a bike and even running along the middle of the road (in the yearly Blackmores Running Festival), I still had never gotten around to climbing the bridge with Sydney BridgeClimb.

I kept on meaning to do it, but had never found a reason yet to cough up the cash. Partially because it’s not cheap, with prices ranging from $228 AUD to $353 AUD for adults on the full BridgeClimb. (Prices vary depending on the time of day and day of the week, with Twilight Weekend climbs being most expensive.) Even the newer Sampler option, which only climbs halfway up the arch, is $158 AUD on weekdays or $173 AUD on weekends. However, late last year that was remedied, as I won a competition to climb the bridge with Adrenalin. Adrenalin offers gift vouchers to a range of action-packed adventures around Australia, and they recently added vouchers for the Sydney BridgeClimb. So, is it worthwhile splashing out to do this in Sydney?

Climbing up the main span of the bridge

I did the Weekday Day climb, which would have normally cost me $268 AUD. Taking about 3 1/2 hours duration in total, you’re out on the bridge for about two hours. The reminder of the time is devoted to suiting up, safety procedures and returning your gear. (And the inevitable forking out extra for photos other than a group shot… Naturally, no personal cameras are allowed for understandable safety reasons.)

The day of my BridgeClimb dawned sunny and warm, with forecast of heat wave conditions. Surprisingly, we were advised to wear nothing underneath our suits except for underwear. I guess no-one could see anything underneath anywhere and we wanted to keep as cool as possible! As we set off on a platform underneath the roadway, it was hot and searing. Water bubblers and misting fans at a few points along the way were a welcome relief from the heat.

The scariest part of the climb for me was actually the lower section, as we walked on the steel-mesh walkway. Along it you can see down to the street and park below. Plus it was a little nerve-wracking when we climbed the first steel-mesh stairway. Soon afterwards, we ascended via another stairway up to the start of the main bridge archway, with the wider solid structure of the bridge to walk on.

Check out those views!

My favourite part of the BridgeClimb was walking up along the archway. It’s such an incredible feeling, walking on top of a bridge, especially one that you’ve seen and crossed so many times before, but never in this fashion. It’s like gradually climbing the side of a mountain, except for there being evenly spaced steel steps along the way.

As we ascended higher and higher the view also got more incredible. Initially it was all about the panorama of the harbour below and the city skyline behind us (on our regular pauses). But soon I could see all the way to the heads at the mouth of the harbour, and the ocean beyond Manly and Bondi Beaches. Even the wiggly outline of the Blue Mountains in the distance. Up above it was also very windy, bringing relief from the high temperatures. Though the heat was a small price to pay to have such a clear view, one of the best views our guide had experienced.

A Note on Safety

If you’re feeling nervous about completing the climb, as I have to admit I was somewhat, all the safety procedures are very reassuring. The full time that you’re out on the bridge, you’re anchored to a railing that loops all the way around your walk. This means it’s impossible to fall off. You’re also kitted out in a rather unattractive grey cover-all suit (I guess it’s similar to if you’re an astronaut – it’s not about looks!), plus a headphone and radio to hear your tour leader. Group sizes are also kept small (I think the maximum is about 12). So you’re never far removed from your leader in case of any issues.

The Alternatives to BridgeClimb

Looking down onto the bridge from the Pylon Lookout

So, if you don’t do the BridgeClimb, what are your alternatives? Firstly, you can always simply walk for free across the bridge. (It’s the first recommendation in my 48 hour itinerary of Sydney.) It’s best to take the train to Milsons Point Station (crossing the bridge by train), then walk back along the walkway on the eastern side of the bridge, heading towards the Rocks with lovely views towards the Opera House.

Additionally, just before you get to the Rocks, you’ll pass the entrance to the southern pylon. Here you can head up to visit the Pylon Lookout. Despite having recommended this to various people, I never had actually visited the lookout myself until I got a free voucher as part of BridgeClimb. When the bridge was originally built, this lookout was the highest vantage point you could visit in the city. The views from the top are still magnificent, similar to what you experience about half way up the arch, extending all the way to the sea. You also get a good view of the groups climbing the bridge below! Additionally, there’s displays about the bridge’s history, covering many of the same facts your tour leader shares on a climb.

Views of the harbour from the Pylon Lookout

Taking the alternatives into account, is the BridgeClimb worth it? It’s definitely an awesome activity to do, both for the unique experience of climbing a bridge arch (not something you can usually do!) and the magnificent views while doing it. I’d definitely recommend it as a fairly easy and accessible adventure to add to your wish list! However, if you’re visiting Sydney on a budget and are just wanting to explore the city without spending much money, it’s not necessary to do it. You can easily get similar views from the Pylon Lookout or the even higher Sydney Tower. You can also experience the bridge by walking across it for free – still one of my favourite things to do in Sydney! 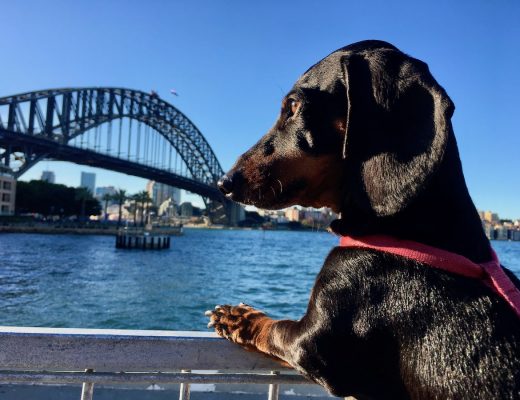 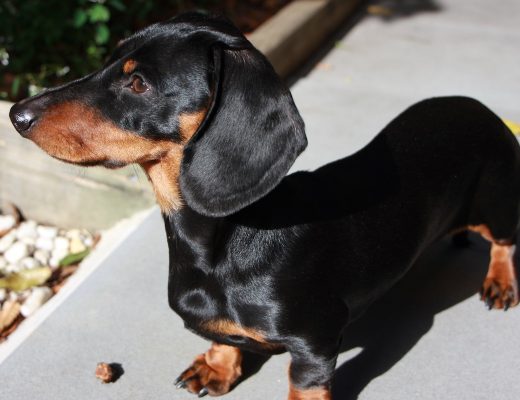 A Guide to Your Dog’s Stay in Quarantine in Australia