9 Tips for Hiring Cars Around the World Despite usually not being the designated driver, I’ve hired a lot of different cars during my travels. From Australia and Hawaii to Malaysia and Spain; for one day, one week or multiple months; either the cheapest car available, or sometimes a convertible or campervan. So I thought I’d put together my tips for handling this part of travelling that many of us dread.

Why dread? Well, for starters, it seems to always end up costing more than you expect. Yes, there’s a cheap special price that’s advertised prominently, but it’s usually not available for your hire. Then once you add on insurance coverage and usually a hold on your credit card for the excess… Plus, while I’ve not had issues returning a car, we’ve all heard stories about being charged for damage that you haven’t caused. And then there’s the chance that something could actually go wrong on the road. So, here’s my tips for hiring cars around the world and making it easier.

? Dog-friendly: Most hire car companies are okay with dogs being a passenger, as long as the interior is not excessively dirtied. Take along something for your dog to ride in or lay or, plus clean and dry them off if they get muddy or wet, before they get in the car. Check out more tips for taking a road trip with your dog. If you’re in Australia, find out which Australian car rental companies allow pets Sometimes you can get away with hiring a car last minute. (Like when we hired a Mustang convertible in Waikiki.) But usually it means that you pay a sky-high price, and that’s if they’ve even got the car you want (7-person van for 2 people?) This particularly applies in smaller cities or odd locations (such as the railway station rather than the airport). Book a hire car as soon as possible, even before you book accommodation.

Coming from Australia, I’m used to most rental cars being automatic. The same applies in New Zealand and the US. However, in Europe and the UK, the opposite applies. Most cars are manual, and if you want to hire an automatic, forget about the cheap specials you’ve seen advertised. Generally we’ve found it to be twice as expensive. (And it’s even trickier hiring last minute or in smaller cities.) Ideally be prepared to drive either, or just pay the extra cost if you’re not comfortable driving a manual, especially if it’s the opposite side of the road for you.

3. Book from Your Home Country?

I’m not sure if this applies anywhere else, but in the US it’s cheaper for tourists to hire the car from their home country, such as Australia or the UK. I’m not sure of the reason for this, but I’ve found this in Hawaii and have also heard online that it’s cheapest to book from the UK.

In my case, I’d investigated booking a Mustang convertible in Hawaii in advance. When I arrived, I went to book it last minute through the same website, but was given a far higher price. It may have just been due to the last minute nature, but I was also not given the option to select my country like I had previously. After a “tweak” of my browser settings (by using a free VPN), I visited the site from a UK IP address and got a far cheaper price.

Our Mustang convertible in Hawaii

4. Print the Paperwork if Required

For most reservations these days, you can simply show the email or voucher on your mobile phone. However, there was one time I was caught out, at a car hire company in Hawaii. They simply had to have the paper voucher. (Though this didn’t apply with the other car hire companies I dealt with in Hawaii.) I couldn’t even email them the voucher, as their computers didn’t have an internet connection (in 2016!!).

This was one of those scenarios where having extra balance on my credit card came in handy. To save an expensive taxi ride to and from my hotel (and the waste of over an hour), I just paid again for the hire, then got a refund through the online website when I got home. (They didn’t even make a fuss, making me think this wasn’t that rare an occurrence.)

5. Have a Credit Card with a Large Balance

Sometimes you can hire a car with a debit card or cash, but most of the time you’ll need a credit card, including for a hold to be put on your card for the excess. This will be reversed when you return the car with no issues, but make sure you meanwhile have enough balance available for it. The worst case scenario is you won’t be able to hire the car. Alternatively, they might make you pay for excess insurance, even if you’re covered under your travel insurance. Hiring a car makes it a lot easier to visit cute little villages, like Frigiliana in Spain’s Costa del Sol

Most car hires come with a basic level of insurance. However, the excess is generally high, such as $1000-$2000. Usually the hire car company will try and sell you additional insurance, to reduce the excess, possible down to as little as $0. Sounds great? But it costs: often as much per day as your hire charge. And sometimes there’s still exclusions.

Double check with your travel insurance for whether they cover hire car excess. Generally they do, up to a certain amount (which will cover most hires, except for luxury vehicles). And then be prepared to say no, no matter how much the service staff encourage you to buy it.

Alternatively, look into a stand-alone car hire excess insurance policy. CarInsuRent offers hire excess policies globally, with a wide range of cover and benefits compared to buying the excess waiver offered by some car hire companies. This kind of policy may even reimburse damages not usually covered, such as windscreen, tyres  and undercarriage.

The number one thing I’ve been worried about when it comes to rental cars, is having them declare there’s been a scratch or dent on the car, that I didn’t cause but was already there when I rented the car. I’ve been lucky, and so far haven’t had any issues, but there’s always a first time.

Make sure you carefully check over the inspection document and everything is thoroughly documented. Even better, take photos of the car, proving the state it was in when you hired it. These are especially handy if there’s already some pre-existing damage.

Our cute “Sparky” in Hawaii

8. Be Extra Careful about Speeding and Parking

No-one likes to get a fine in the mail for a speeding ticket or parking fine, but it’s twice as bad if you’re in a rental car. Most companies will add on an administration fee to cover their costs in handling the fine. Such costs vary from company to company (check the fine print of your contract), but in many cases it can easily double the fine.

If you’re returning your car before catching a plane or a train, make sure you allow plenty of time to return your car rental first. I’ve been in the position before where it’s been a frantic rush to find the car hire drop-off, return it and then get to the airport check-in counter, and it’s no fun! If an issue comes up when returning, you’ll appreciate the extra time to properly sort out the issue, rather than have no option but to foot the bill. Additionally, you may need to take a shuttle to the actual airport terminal.

Do you have any other tips for hiring cars? 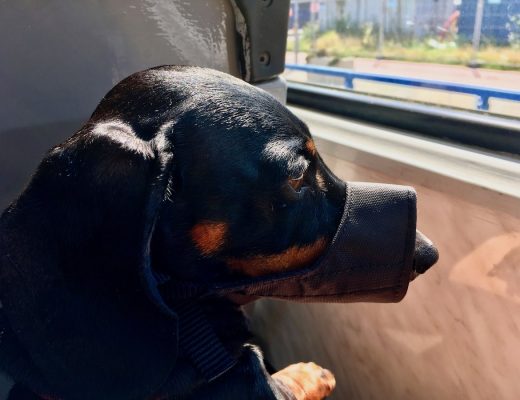 Do You Need a Dog Muzzle when Travelling in Europe? 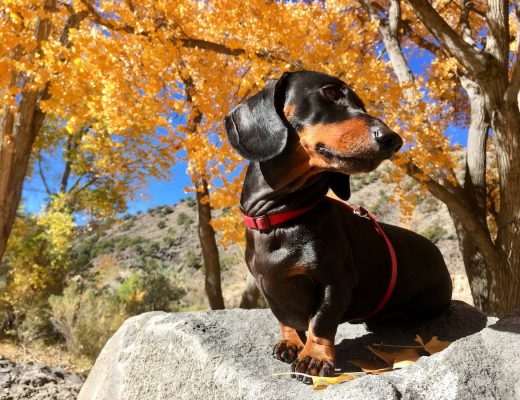 Why You Should Consider a Rabies Titre Test for Your Dog

5 Tips for Feeding Your Dog While Travelling