Dog-Friendly Germany: Travelling in Germany with a Dog 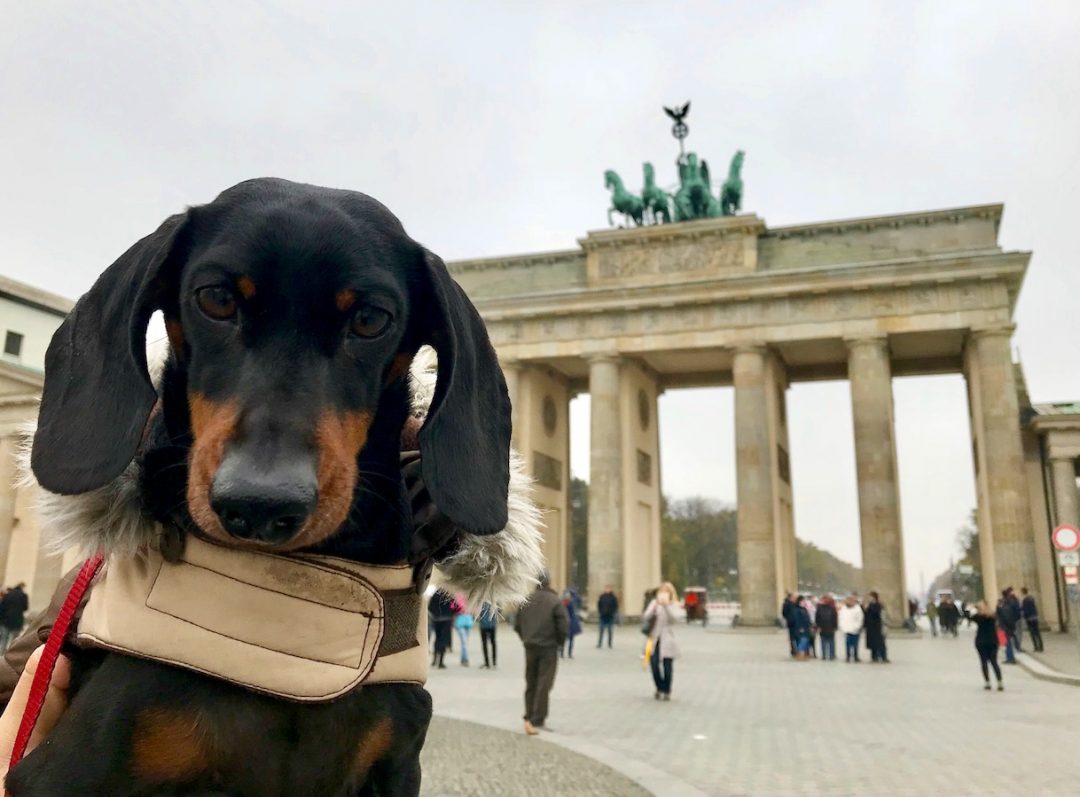 No doubt about it, Germany is one of the most dog-friendly countries that I’ve visited, even amongst European countries. In Germany, dogs tend to be a normal part of society. It’s not uncommon for people to even take their dog along to work. However, dogs are also held to high standards of behaviour in Germany, to make this possible. Taking your dog to behaviour classes is quite common.

So, if you’re heading to Germany, make sure your dog is similarly well-behaved, but know in advance that he’ll be welcome nearly everywhere. Here’s everything you need to know about visiting dog-friendly Germany with your dog.

Dining Out in Germany with a Dog

There’s also one unfortunate exception to this rule: the wonderful German bakeries found everywhere throughout the country. Bakeries in Germany are usually quite large, and often include cafe seating and excellent sandwiches for eat-in or take-away. They’re also usually the best spot to have a quick coffee or buy a take-away one.

However, dogs are nearly always not allowed, with a sign at the door translating as “I must remain outside”. The one exception is that in train stations, where many bakeries are just a counter with no walls and doors, dogs are fine at the tables. 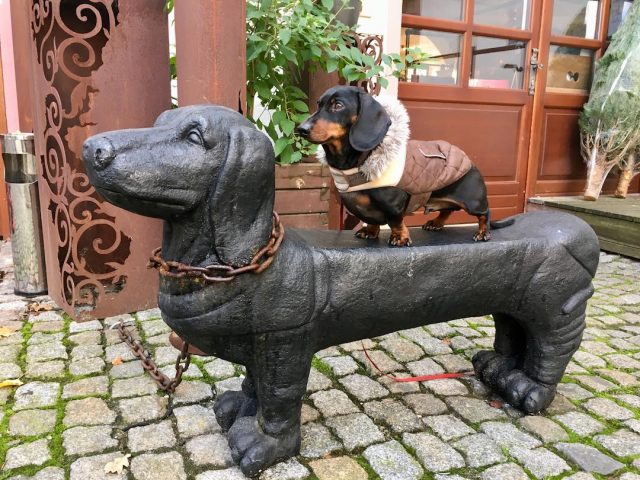 Yes, this brauhaus in Wittenberg certainly was dog-friendly!

Shopping in Germany with a Dog

Dogs are nearly always allowed in shopping malls in Germany, and many types of shops. Just always check at the entrance for any no dog signs. The main exception are grocery and other food stores, plus the bakeries as mentioned above. 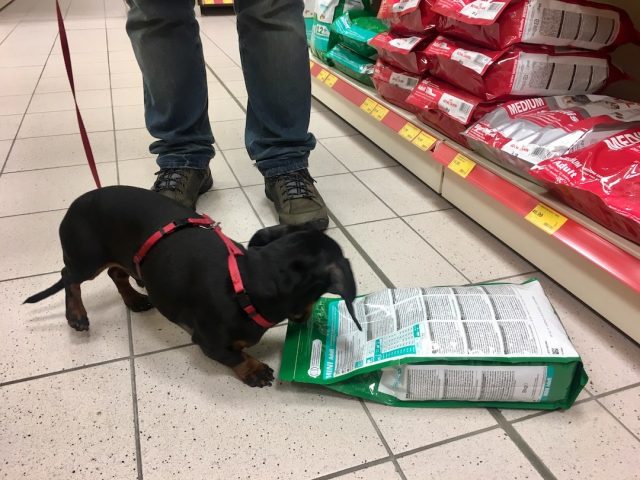 Taking a Dog on Public Transport in Germany

No matter if you have a small dog or a large dog, I can’t think of any form of public transport in Germany where you can’t bring your dog along. As public transport reaches nearly every corner of Germany, this means it’s possible to travel easily without a car.

The main train operator in Germany is Deutsche Bahn. Click here to read the Deutsche Bahn pet policy (unfortunately and surprisingly, only in German). Here are the key points. On trains, small dogs in a container travel for free. For larger dogs, they require a reduced fare ticket for 2nd class, plus to wear a leash and muzzle.

Additionally, if buying the excellent value regional or Germany-wide weekday and weekend tickets, while children travel for free, dogs not travelling in a carrier are counted as an extra passenger. So if there’s two of you and a dog, you need to buy a ticket for three people. When writing the names of the passengers on the ticket, write “Hund” instead.

Sometimes on outings with our small dog, we didn’t take his carrier (as we didn’t want to carry it all day). In that case, we bought a ticket for him too, but based on the comments from a few ticket inspectors, we probably could have got away without paying for him.

When it comes to public transport, dogs are definitely fine to join you on local trains, metros, trams and buses. However, the pricing policy differs between the different cities. 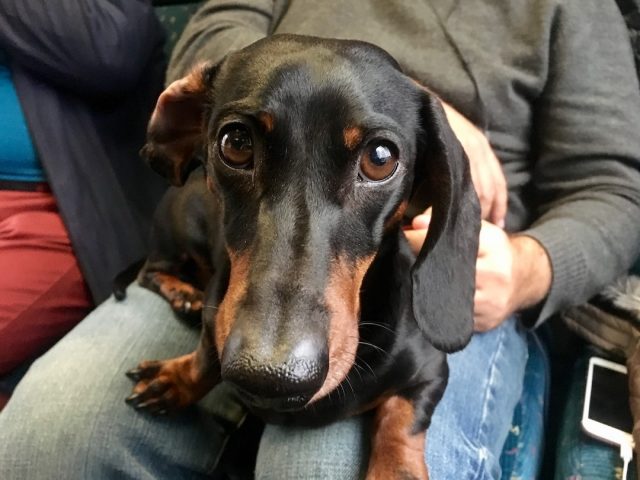 Sitting on a lap while on the tram in Berlin

Most, but not all, hotels in Germany allow dogs to stay. (In my research into pet-friendly hotels in European cities, 70% of hotels in both Berlin and Munich allow pets.) Generally you’ll be charged a fee starting from around €8 per night.

There’s usually no issue taking them along to the restaurant or bar with you. Although most hotels I stayed at in Germany provide you with a door-hanger saying “dog in the room”, meaning you could have a dog-free meal as well. While leaving your dog alone in the room for the whole day would probably be frowned upon, generally there’s no rule stating you’re not allowed to leave them alone. 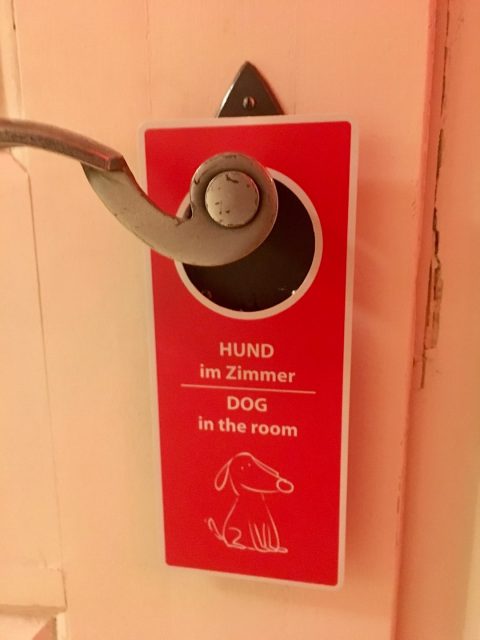 Some dog-friendly hotels around Germany that I recommend:

A few kilometres from the centre of Munich, this 4-star hotel is modern and comes with amenities including a fitness room, sauna, free laundry room and restaurant. We stayed a week to recharge over the New Year period (and get in some workouts despite the snow falling outside!) I recommend asking for a room with a kitchenette (including a coffee machine).

Check the latest prices and availability on Booking.com

It was a bit pricey the weekend that we were staying in Berlin, but I’ve heard great things about multiple branches of this hip hotel chain, including that it warmly welcomes canine guests.

Check out the latest prices and availability on Booking.com

This historic town in the centre of Germany may be tricky to reach by public transport. (We experienced a longer than usual journey, after our train split in half and we were in the wrong section!) But its streets of half-timbered houses, with a castle towering above, will certainly charm you. Hotel Theophano is located directly on the main square, in an historic building. The rooms are charming, yet renovated, and quite spacious.

Check the latest prices and availability on Booking.com 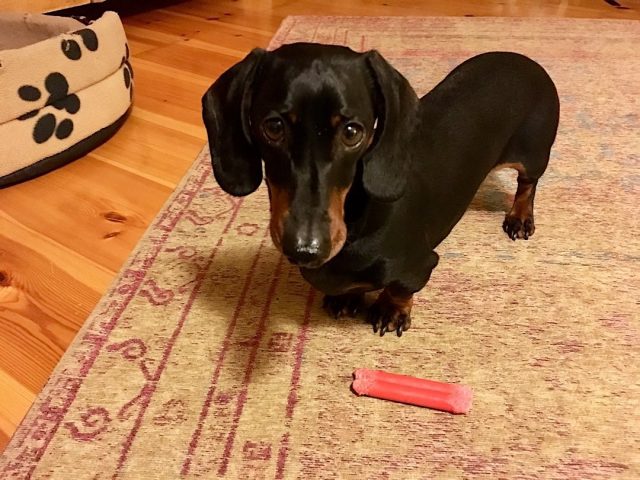 Schnitzel relaxing at the Hotel Theophano

This unique hotel is situated in the middle of Schanzenpark, making it so easy to walk your dog morning or afternoon (or both!) That park is also popular with other local dog owners, so your dog will have plenty of opportunities for play.

Read more about the Mövenpick Hotel in Hamburg

What about Airbnbs you may ask? Due to legislation restricting the rental of entire apartments on Airbnb in many cities (to keep rental prices affordable for residents), whole house Airbnbs at an affordable price aren’t as common as in many other parts of Europe. If you can’t up your budget, instead look at shared room options. Outside of the main cities, where this ruling doesn’t apply, you’ll also find more options.

Germany offers up plenty of sightseeing opportunities where your dog can join you. Dogs are allowed in most outdoor spaces. This includes gardens surrounding palaces and castles, unlike is often the case in France.

Like most other countries though, the majority of churches, museums, and castles in Germany don’t allow dogs to accompany visitors inside. There are exceptions made at some small museums, generally with small dogs being allowed to be carried (in particular during the off-peak season). And there was one famous church in Germany we visited on a cold winters day that allowed us to carry our dog inside, although I won’t name which one!

For a wide range of sightseeing recommendations, check out my list of dog-friendly things to do in Germany. 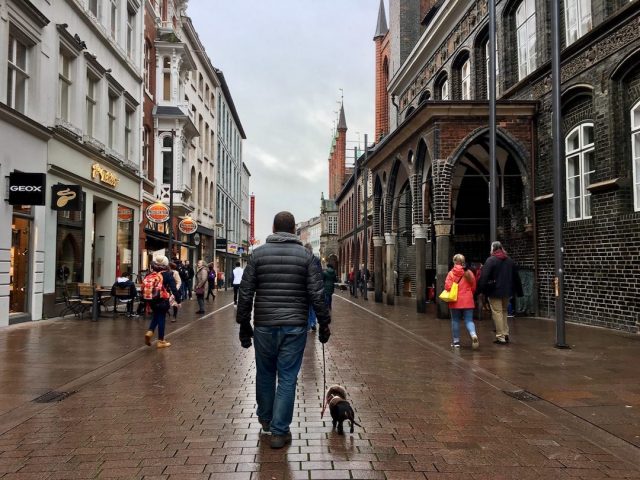 Strolling through the city of Lübeck on a winter’s day 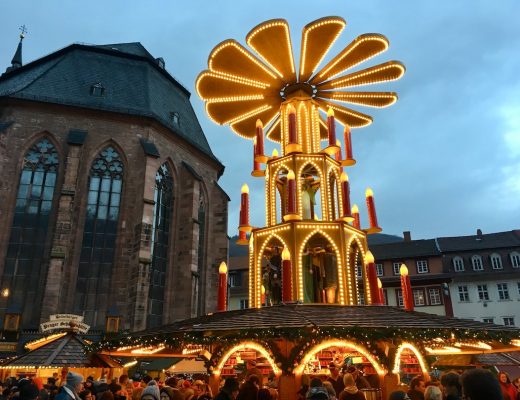 A Guide to Visiting Christmas Markets with Your Dog 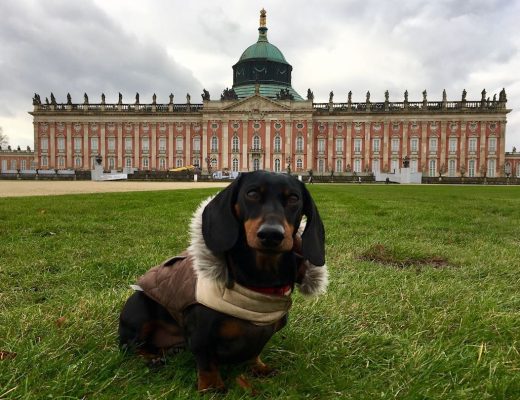 13 Dog-Friendly Things to Do in Germany