Flying to Europe with a Dog from the USA 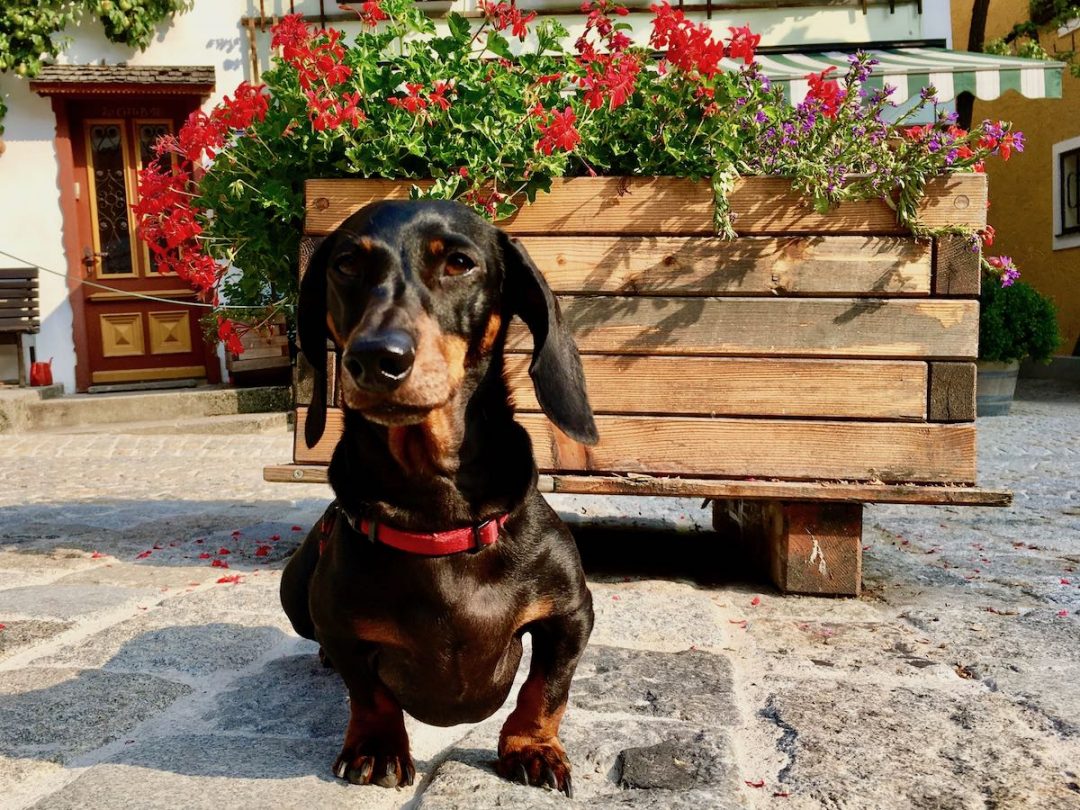 Europe is the most dog-friendly part of the world to travel with a dog. It’s no wonder then that if you live in the USA, that you might want to consider taking your dog along with you on a European vacation. But how easy is it to fly to Europe with a dog from the USA? And what other considerations do you need to keep in mind when flying to Europe with a Dog?

Preparations Before Flying to Europe with a Dog

One of the first things you need to consider when you decide to take your dog to Europe, is the veterinary and paperwork preparations that you required. For dogs travelling to the European Union (the majority of countries in Europe), I list the steps required in this post.

If you’re travelling directly from the USA, the steps are quite simple (and you can skip a couple):

The trickiest part is getting an EU animal health certificate (or “EU Annex IV”). This needs to be done by a accredited veterinarian within 10 days of your arrival in the EU. However, you also need to get it certified by a USDA APHIS Veterinary Services endorsement office. This can be tricky if there isn’t one located near you; if posting the certificate for endorsement, use expedited mail including tracking. Note that many offices require appointments. There is a $38 USD fee per endorsement. 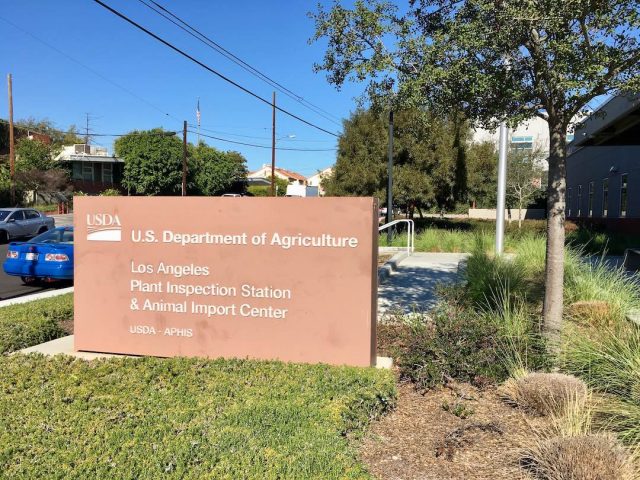 The USDA APHIS office in Los Angeles, near LAX

There are also a handful of European countries that require your dog to have a worming treatment done by a veterinarian between 24 hours and 5 days of arriving in them: Finland, Ireland, Malta, Norway and the UK.

Due to the trouble of getting an animal health certificate endorsed by USDA, many people who travel to Europe multiple times with their pet get an EU pet passport. This can then be used in place of getting an EU animal health certificate. The only complication then is that you’ll need to get your pet’s rabies vaccines in Europe from now on, as only vets in the EU can add records to the passport.

Finding a Pet-Friendly Airline to Fly to Europe

The next important step is finding a pet-friendly airline to fly yourself and your dog to Europe. Unfortunately, some airlines that normally allow pets to fly in cabin, don’t allow this on Trans-Atlantic flights, in particular American airlines.

Flying with a European Flag-Carrier Airline

In general, the European flag-carrier airlines are most likely to allow your pet to fly in the cabin with you to Europe. Based on discussions with other travellers flying from the USA to Europe with their dog, the most commonly recommended airlines are Air France, KLM and Lufthansa. All three airlines allow dogs to fly both in the cabin and in the hold on their Trans-Atlantic flights. Here are some details about each airline:

For information on the pet policies of more European flag-carriers, check out my guide, including which airlines allow pets in the cabin.

Flying with a European Budget Airline

Unfortunately, not many of the budget European airlines permit dogs to fly on Trans-Atlantic flights, even if they permit dogs to fly on their flights within Europe. I found this to be problematic when I was flying one-way from Europe to the USA with my dog, and the flag-carrier airlines were mainly charging astronomical prices for one-way flights. Flying with a pet in the cabin on board XL Airways

The main option I uncovered was XL Airways, a small airline that operated out of Paris, flying to and from New York, Miami, Los Angeles and San Francisco. However, XL Airways has now ceased operations.

Flying with a US Airline

The only American airline I could find that allows pets in the cabin on flights to Europe is Delta. For pets in the cabin, there is no maximum weight, just a maximum kennel size that depends on the flight (check at the time of booking). A charge of $200 USD applies and only up to four pets are allowed in the cabin. Read their pet policy.

If you are happy for your pet to fly in the hold, including if your dog is too big to fly in the cabin, you have a larger range of options. Check with the individual airline for their pet policy. If flying to Europe during the summer months, keep in mind temperature restrictions may apply. Perhaps consider taking an overnight flight that departs late in the day then arrives early in the morning in Europe.

Note: If you’re flying out of the UK, Air Canada is one of the few airlines that accepts pets in the cabin and as checked baggage, instead of only as cargo, see  their pet policy. (Although pets need to fly as cargo on flights to the UK.) 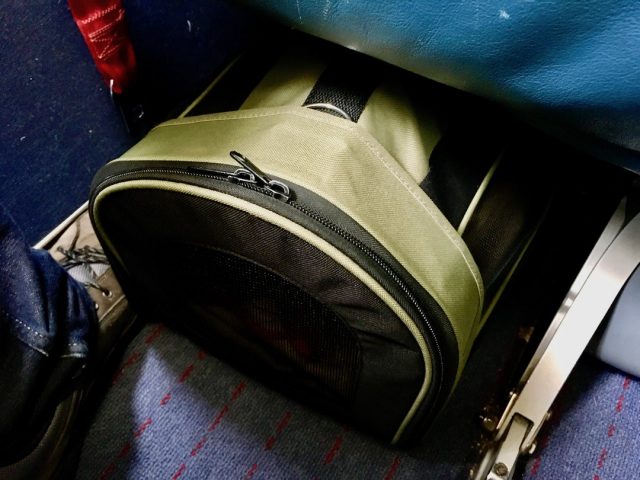 Another consideration to keep in mind is the length of a flight. When I last flew from Europe to the USA with my dog, I purposely organised my travels to fly from Paris to New York, to minimise the flight duration. This is especially important if you want to fly with your pet in the cabin.

In order to keep your flight duration to a minimum, consider taking a connecting flight on either end. For example, firstly fly from the West Coast to the East Coast, before flying on to Europe. Also consider taking a second flight within Europe to get to your final destination. This is also an option if you don’t find a pet-friendly airline that flies directly to your final destination.

Heading to Europe during summer? Review my tips on flying with a dog in summer

What About Emotional Support Animals?

Prefer to cruise rather than fly? Find out more about the kennels aboard the Queen Mary 2 Trans-Atlantic Crossings

Preparing Your Dog for Their Flight to Europe

Preparing your pet for a long flight to Europe can be daunting, even if you have previously flown with your pet. Based on my experience flying with my dog multiple times on long flights, these are my tips: 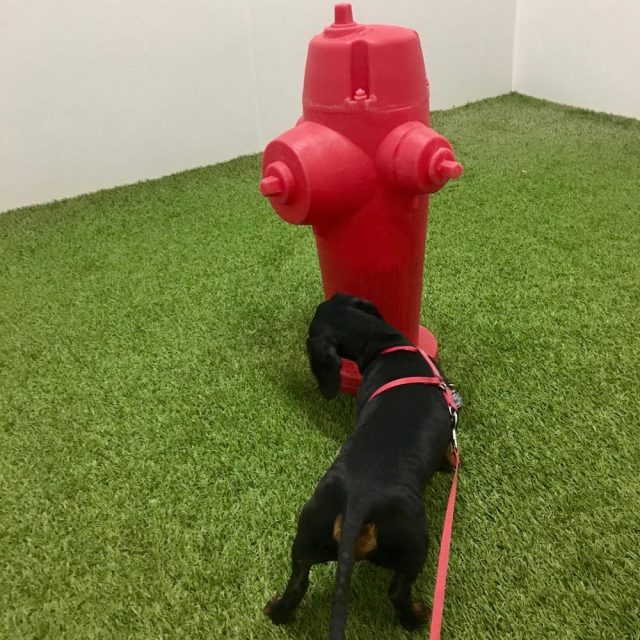 One of the pet relief areas at Washington Dulles Airport

See also my guide to flying with your dog in the cabin in Europe.

Returning to the USA with Your Dog

The process to return to the USA with your dog is quite simple. I discuss the vaccines and paperwork required in this post. Note that except for a few Eastern European countries (which are considered high risk, see this list), a rabies vaccination certificate is no longer required to fly from most European countries to the USA.

Most airlines will also require a health certificate, that you can get from any vet within Europe. Check with your individual airline about their requirements. Also double check if there are any state specific requirements.

I’ve also recently found out that Italy requires a pet export certificate, including a visit to the local ASL (“Azienda Sanitaria Locale”) office. (For more details, click here.) However, I haven’t heard of this being required when leaving any other European country. 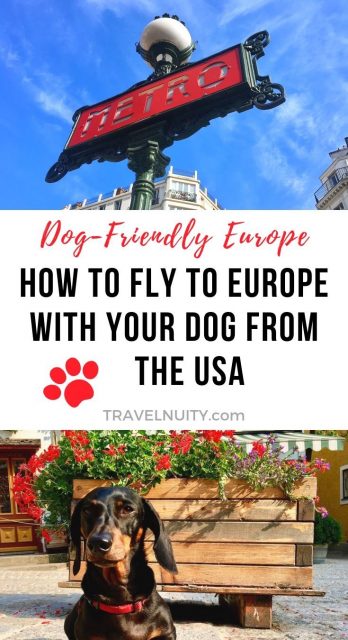 Why You Should Consider a Rabies Titre Test for Your Dog 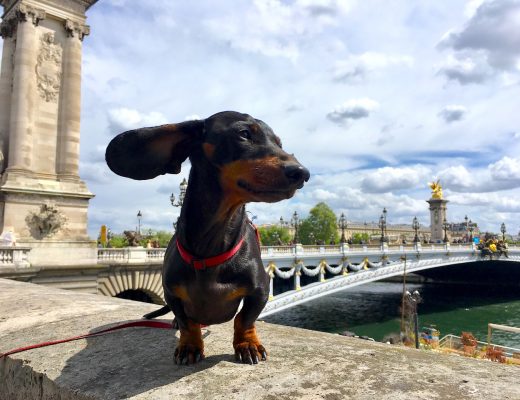 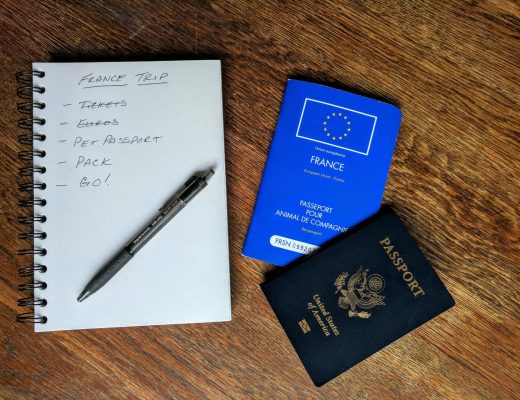 How to Get an EU Pet Passport for Your Dog